Volkswagen Camper Van is a rolling symbol for outdoor living, adventure, and camping life. Volkswagen is a pioneer of the factory-built camper. Since 1947, Volkswagen has been manufacturing Camper Vans with every edition coming out with improvements.

For adventure and camping enthusiasts, VW Camper Van is the camper van of choice. But what makes VW Camper Van the camper of choice for most people? For that, we must look into VW’s history of producing camper vans and improvements in each generation. Besides, we’ll talk about the outstanding features in the latest VW Camper Van.

History of the iconic Volkswagen Camper. 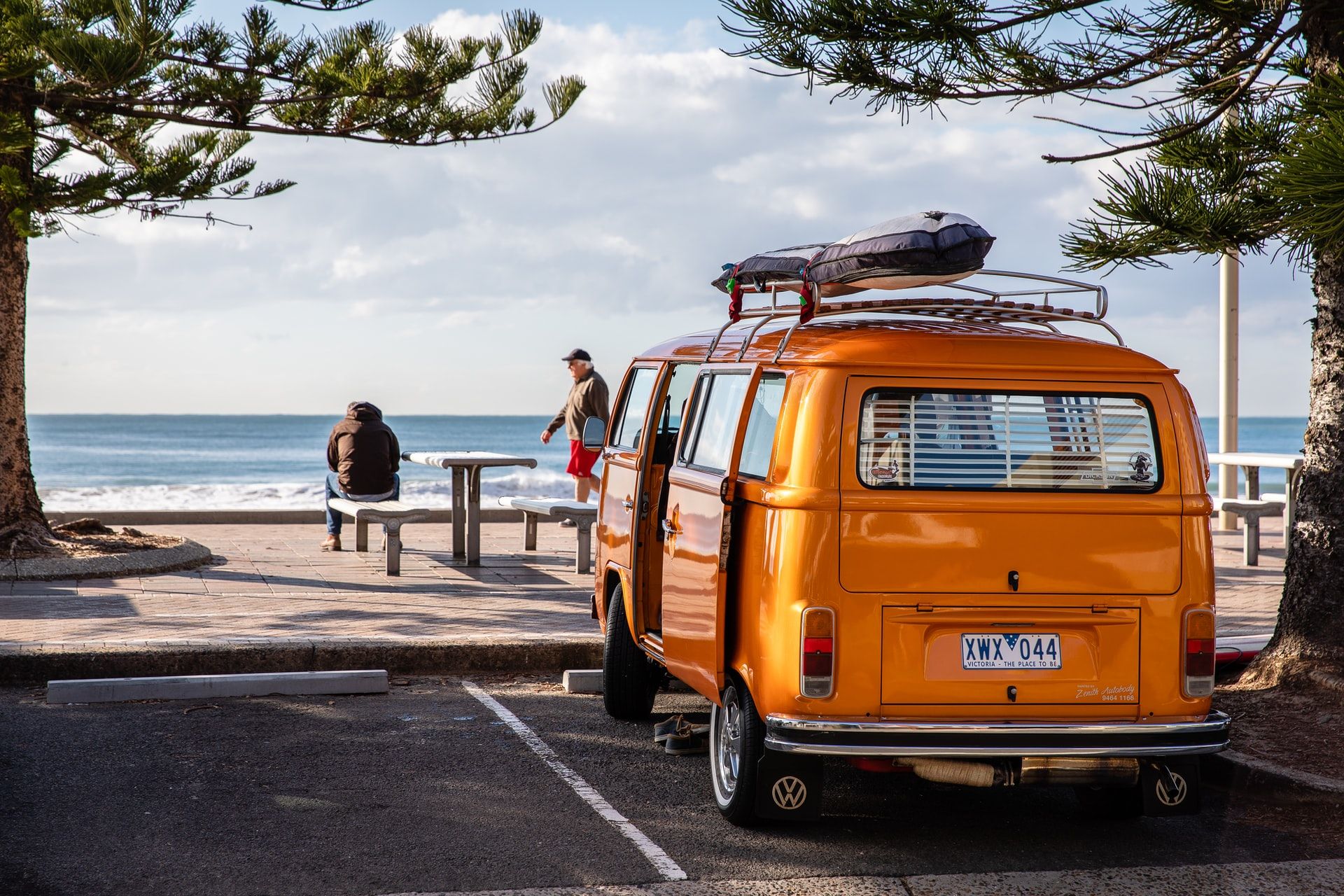 Van VW Camper Van has been around for many decades now. Since the end of World War II, VW has rolled in several generations of this iconic vehicle into the market. Interested in knowing how VW Camper Van became so iconic? Read the brief history of this unbeatable camper van.

The first-ever Volkswagen campervan was launched in 1947. Believe it or not, it was a humble beginning. At its core, the primary function of this vehicle was to carry parts. At the time VW had a huge factory in Britain. Before the inception of the Camper Van, workers used to carry large parts in VW Beetles. A Dutch importer Came up with the idea of transforming VW beetles into the Camper Van. Only after two years, the first-ever concept Camper Van was exhibited at Geneva Motor. VW capitalised on this concept and made a 170 cubic ft box. Initially, it was built on a 4-wheeled chassis. After a few years, VW transformed the basic model into many different body shapes and used them for an array of purposes. From using them as ambulances, campers, pick-ups, to parts carriers - VW Camper Vans were used for all sorts of transportations.

1949: The basic model transformed into the “Splitty” 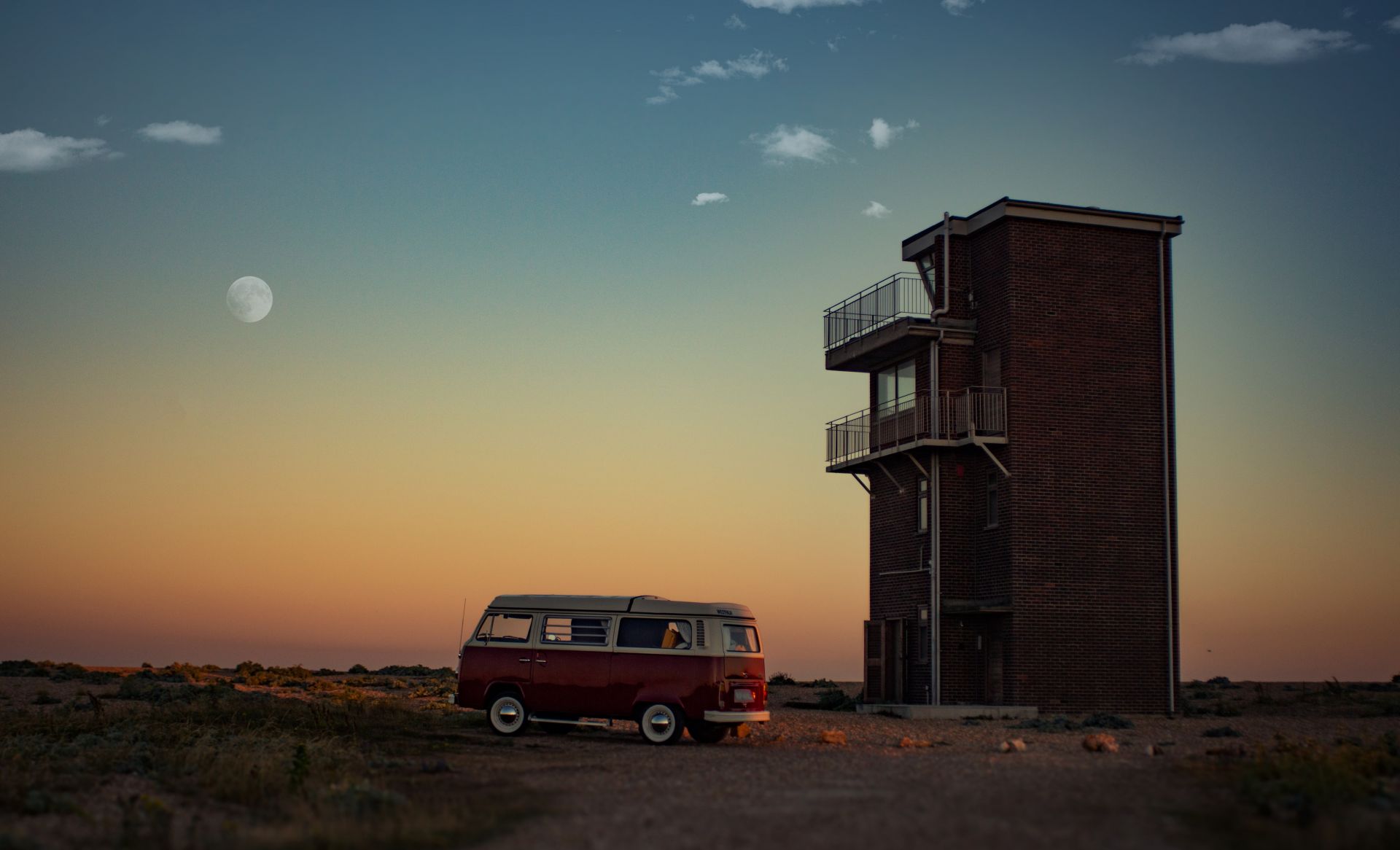 After the early days of VW campervan, VW transformed its first-ever Camper Van into the “Splitty.” This model is the most popular edition of the VW Camper Van. That’s because it has great carrying capacity and space to carry your stuff. This model is so iconic that a “Splitty” in good condition can cost as much as $50,000. In 1950, Type 2 of the T1 Camper Van had two different models. One model was Transporter and the other one was Kombi. The name “Splitty” was given because of the front windscreen being split into 2 separate windows. Splitty has an official name as well, which is Type 2. The demand kept increasing and the VW company was thriving. They went on to open factories in Brunswick and Hannover. It was a huge success and VW sold almost 20,000 units by the early 1960s.

Officially known as The Bay, Type 2 evolved into a much elegant and feature-rich model. By the end and start of 1968, VW saw the dawn of a new era. By the time, VW had stopped producing T1 and a year later, began the rollout of the T2. Despite looking very much similar to the “Splitty,” it had many improvements.

●Increased body dimensions, creating more space inside the van
●No more split screen at the front; replaced with a single-window
●Addition of new suspension and stabilising bar
●The addition of a more powerful engine that increased the speed up to 80 mph
●The engine was later replaced with a 2L engine, making the ride faster and comfortable
●Improved electrical system and addition of electronics features.
●Better comfort 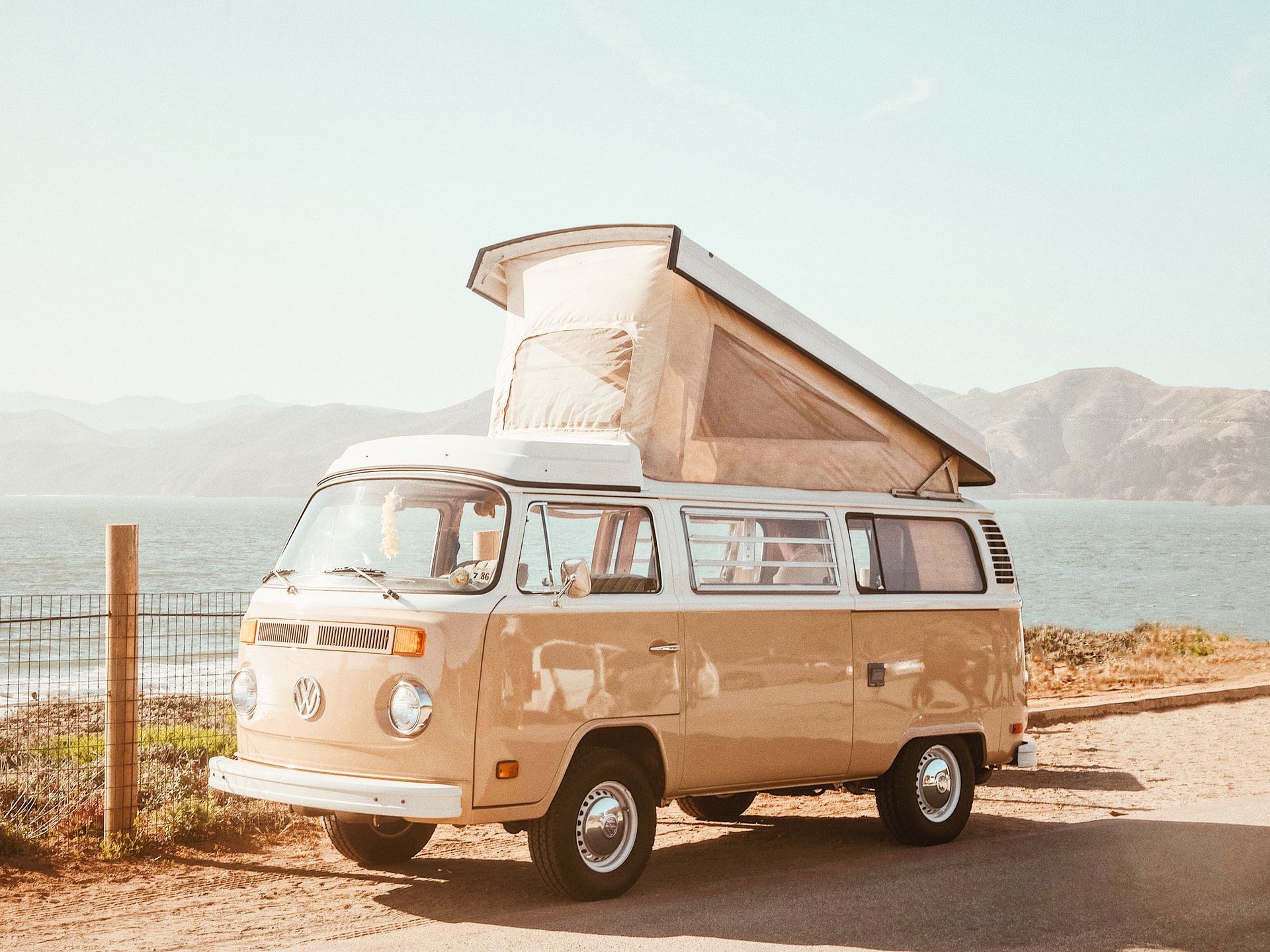 VW rolled The Bay Camper Van into the market. It was built on the very similar design that The Bay had but with a few alterations. It became wildly popular among campers and the motor home community. The Bay Camper Bus was hugely applauded by other companies too because of its design. It came with an elevated roof, making enough vertical room inside the van to stand. It was better than any other previous Camper Van model of VW. Other companies configured their buses and camper vans based on its design. The elevated roofs made them a perfect motorhome, up to 5 persons could sleep in it. Around 4 million units of these camper vans have been manufactured by the Hanover factory of VW.

Advanced generations of the T series

At the end of the 1970s, VW discontinued The Bay Camper Bus. T25 replaced it and T4 & T5 were also released by VW. Though the T series wasn’t as popular as the Splitty, it was wildly embraced by the motorhome community. In 1979, the T3 was released. It featured a pop-up roof and a kitchen with stove & sink, making it a highly functional camper van. It’s warmly embraced by the motorhome community for durability, reliability, and functionality. In 1981, Volkswagen fitted a diesel engine in its Campervans for the first time. In 1991, VW rolled out T4. It had a front water-cooled engine. In 1997, VW achieved a significant milestone by rolling out the number 8 million camper van.

Why does the VW Camper Van remain an icon? When it comes to the beauty and charm of these vehicles, nothing beats them. But, what are those aspects of the VW Camper Van that makes it such an iconic vehicle that even today it’s the ultimate camper van of choice for most people? Let’s look into it. Yes, there’s no denying that the VW Camper Van is a camper van worthy of first-sight love. VW Camper Van is a real classic – but why? Even though some of them aren’t in their perfect condition, they still manage to look cool. Is it the image or quality of the build? What if we say both! 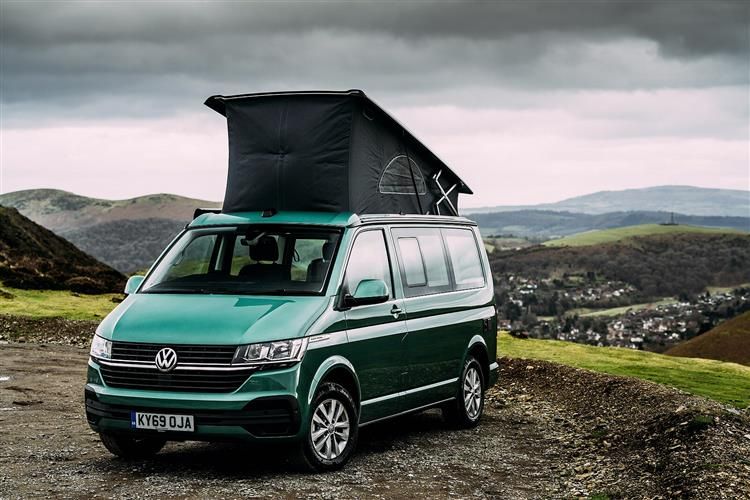 Starting from the first-ever version, it was an aerodynamic, simple, and truly reliable vehicle. What made its first version so popular was its functionality. It was used for all sorts of purposes and people truly loved the idea of having something bigger in shape that could help them move larger loads, travel, and also use as a camper with family. After the initial response, its look was adapted to include more to it. The removal of the split-window took away a little part of its charm but it became even more functional. Its transformation into a quicker and more reliable camper van was the result of an upgraded engine. But, does its reliability justify its “iconic” tag? What made it popular back then wasn’t just its reliability and functionality but its association with the hippy generation. First, it was the hippy generation of the 60s, which was later overshadowed by the surfers. What makes it popular even now is the mix of its reliability and charm. The glamorous camping enthusiasts in their 30s, 40, and 50s see it as “cool” camping and adventure. The VW Camper Van isn’t a mere “cult” thing. Since its inception, it has remained equally popular among all generations. Today, people of all generations consider it a very classic, highly functional, and reliable vehicle — perfect for camping. Usually, couples in their 50s are seen travelling around in customized and colourful classic VW Camper Van. The improvements just keep coming, making the VW Camper Van a success to last an eternity. What makes the VW Camper Van such a success and iconic camper van is that VW never stopped the improvements. The past 7 decades of the VW Camper Van has only seen the better versions of the previous Camper Van. Every newer version rolled into the market had mechanical, electrical, and bodily improvements. Even today, VW is adapting to the current requirements of the global automotive industry.

VW was the first to introduce an elevating roof to its Camper Van. It creates more vertical room inside the van, letting your stand and move around in the compartment with ease and comfort. Besides, the elevating roof features a sleeping area where you can enjoy a peaceful sleep.

One of the major highlights shared across all VW camper vans is sleeping comfort. When it comes to spending your time in a motorhome, the biggest concern is the ease of sleeping. However, VW Camper Van lets you enjoy peaceful sleep inside the cosy camper van. Setting up your bed is an easy procedure.

There’s nothing better than spending all your day close to nature and then falling asleep in a comfortable bed to get rid of tiredness. The VW Camper Van features spacious and comfortable beds that can accommodate up to 6 persons inside the van. The elevated roof lets you sit in an upright position at the bed head.

While sleeping or resting inside the VW Camper Van, there’s nothing to be concerned about your privacy. The Camper Van is equipped with blinds or shades, enabling you to blackout the windscreen, windows, and roof screens. All you need is to pull down the shades to screen the windows and screens completely.

There’s no point in buying a camper van if you’re not going to benefit from it the same way your home does. The VW Camper Van features a kitchen sufficient enough to meet your cooking needs. Besides, a sink is fitted as well where you can wash and clean your dishes.

Store your stuff inside the fridge installed in the VW Camper Van. It lets you keep your groceries fresh and safe-to-consume. A spacious and powerful fridge comes standard in VW Camper Van, which is another reason why the VW Camper Van is the camper of choice for most people.

Those looking to spend days of their life inside a camper van while working from inside the camper, the VW Camper Van is the preferred choice. That’s because they get a strong and adjustable worktop to place their laptop on it and manage their work easily right from the comfort of their camper van.

Just as you need electrical energy in your home, you’re going to need it in your camper van too. What makes the VW Camper Van the camper van of choice for most people is the collection of energy sockets, enabling them to connect all types of standard appliances.

Keeping your clothes managed inside a camper van can be a tedious task. That’s why people prefer the VW Camper Van because it has a wardrobe to store and your clothes. Setting up your clothes inside the wardrobe compartment isn’t difficult and is also easy to access your clothes.

Setting up a neat seating space outside your camper van shouldn’t be something tedious or overwhelming. The VW Camper Van features a stowed camping table, chairs, and a retractable awning. These are some of the features that are essential in a camper van. Without them, you can’t experience a comfortable living. The presence of all of these camper van features in the VW Camper Van makes it the camper van of choice for most people. 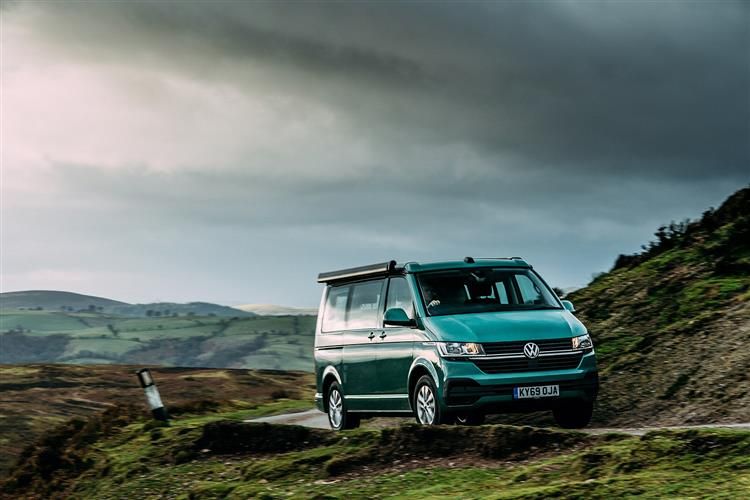 Interested in buying a VW Camper Van? Finding an affordable, reliable, and fully functional camper van can be an overwhelming task. Call a friendly member of our team today on 0333 222 4381 and we can help you every step of the way in building your ideal VW camper van.